In order to begin, we would like to show you exactly where Ellesmere Island is located (shown in the image below). It has an area of 196, 235 kilometers squared and it is the world's tenth largest island; third largest in Canada (Marsh, James 2007).

Here's a picture showing some of the major glaciers in the Canadian High Arctic (including Ellesmere Island). The green areas represent glacier-covered regions; the black dots represent ice-drilling sites. 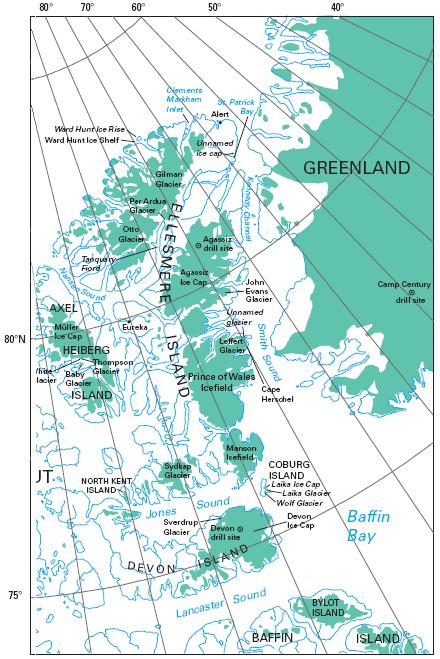 Ready to move on?
Click To Learn About A Glimpse Into the Past of Ellesmere Island