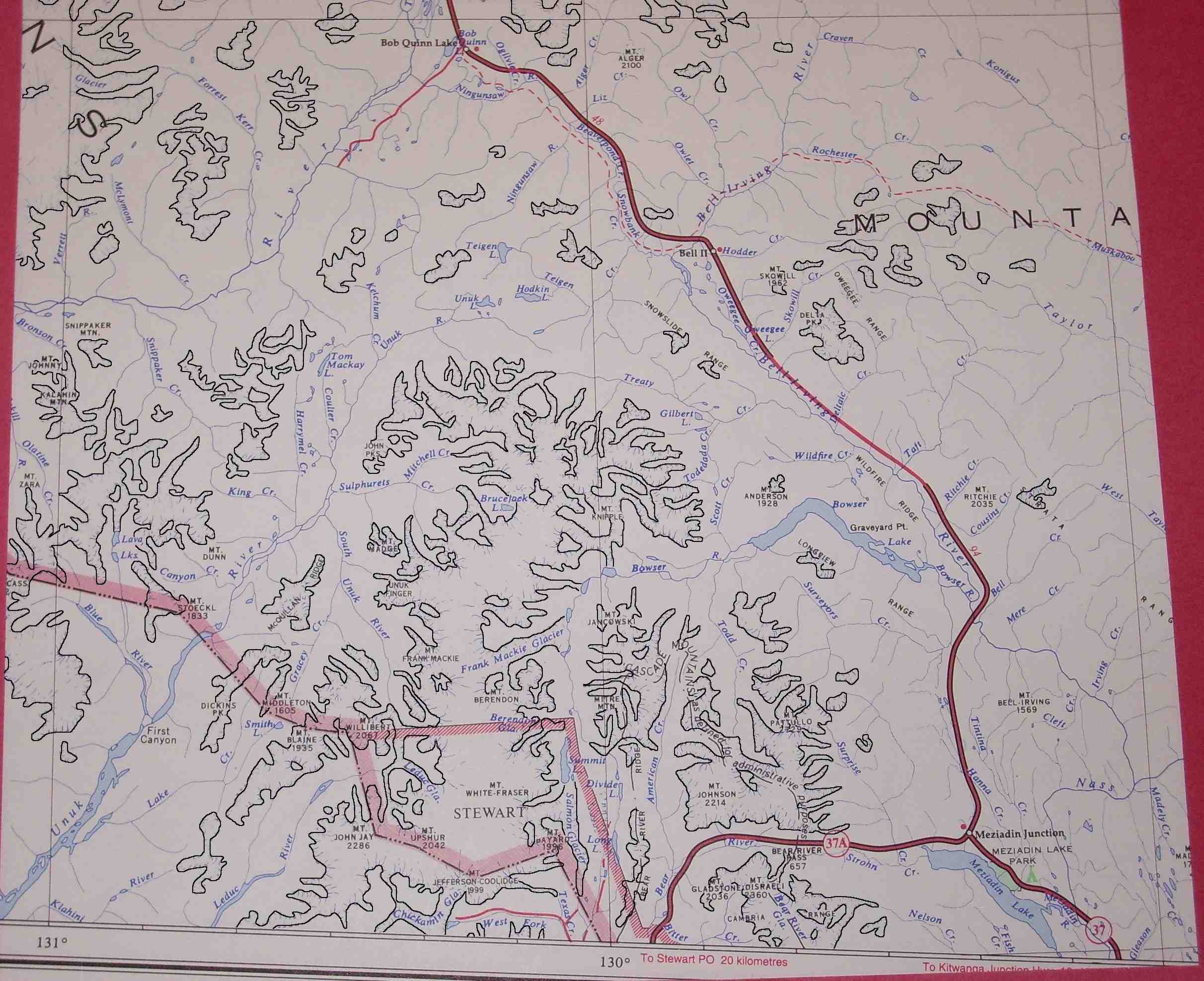 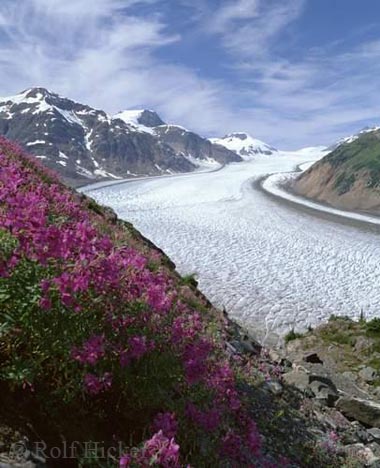 Salmon Glacier is part of the Misty Fjord National Monument.
The Salmon Glacier runs between the US State of Alaska and the Canadian Province of British Columbia. 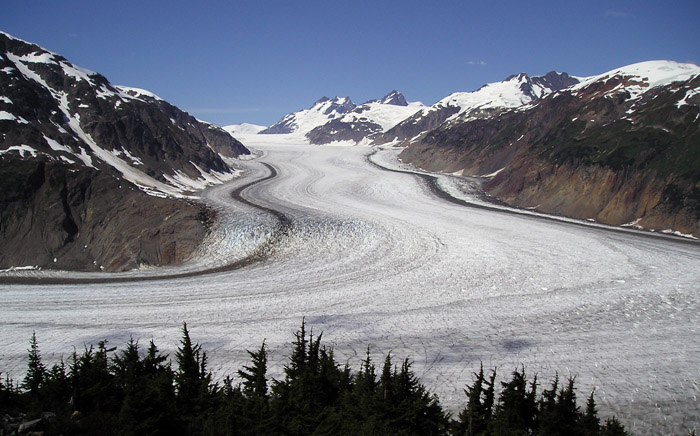 Laterial moraines along the sides of the Salmon Glacier, British Columbia, Canada. 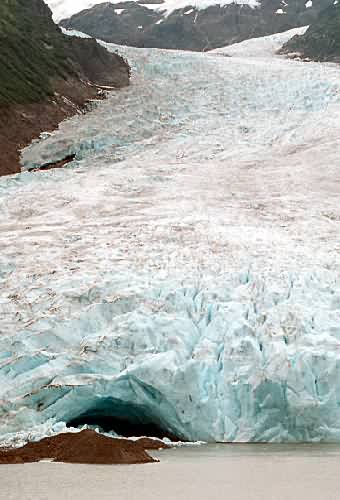 This Glacier is found off of Highway 37A in Northern British Columbia between the Meziadin Junction and Stewart, the closest city. Belonging within Bear Glacier Provincial Park, Bear Glacier descends into Strohn Lake, almost advancing upon Highway 37A.

Up until the 1940's the Bear River Pass was entirely consumed with ice. Glacial retreat since then has left an exposed basin to be filled with melt water, creating Strohn Lake. The Glacier once acted as a literal 'ice dam' and prevented the lake from draining into the Bear River Valley. Between 1958 and 1962 there were 5 large flood events known by an Icelandic term as 'jokullaups'. Water flowing from Strohn Lake had began to move under the ice, carving tunnels underneath Bear Glacier and releasing cataclysmic amounts of water, ice and rock. However, by 1967 the glacier had retreated to the point where Strohn Lake was no longer damned, ending the threat of destructive and sudden flooding events. In 1998 Bear Glacier Park was named a Class An Provincial Park.