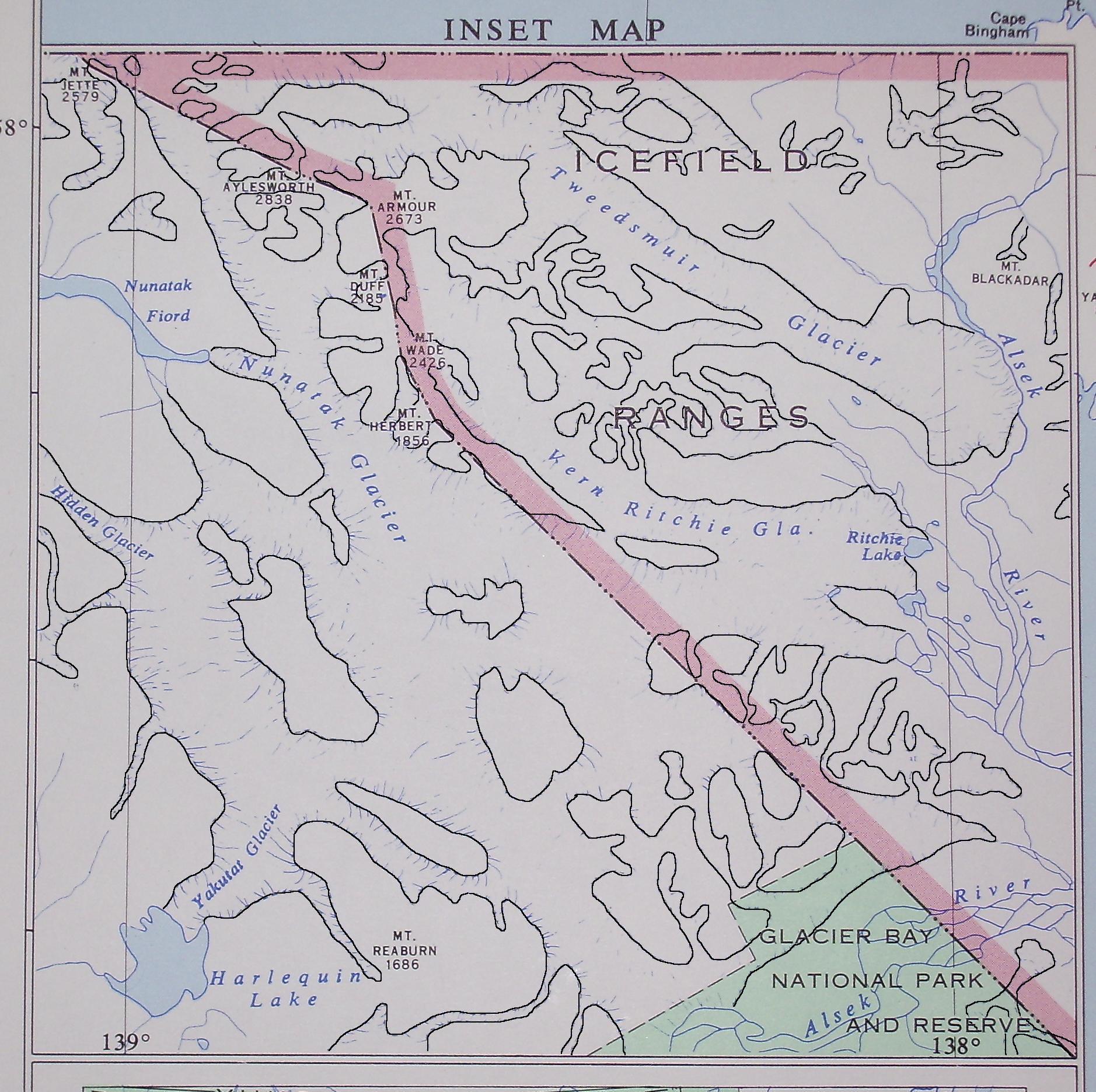 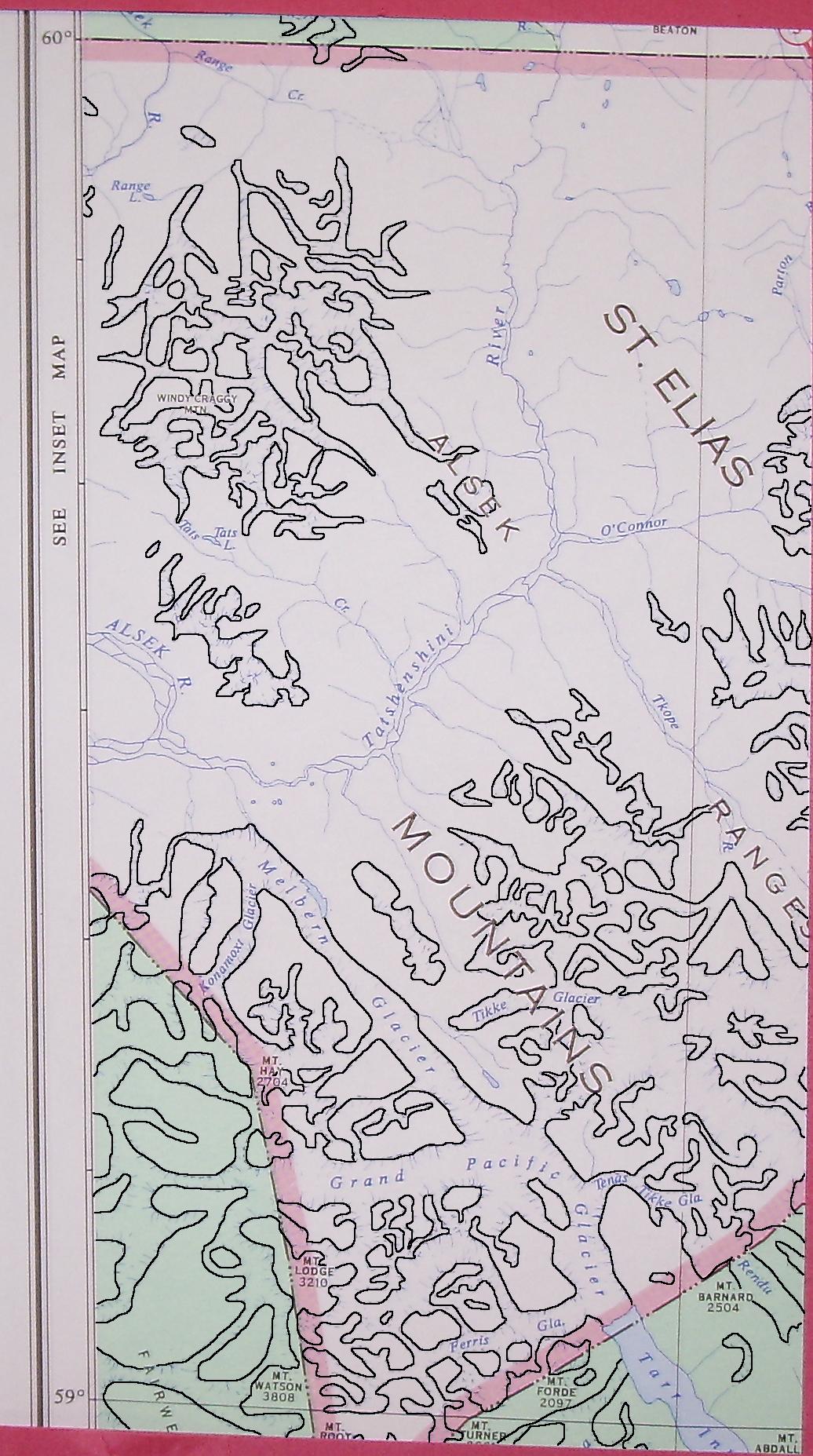 The following table details the name and locations of the officially named glaciers in this area. 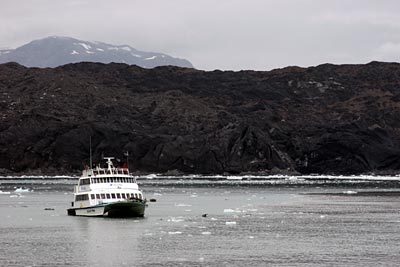 The above image depicts a three story boat off the coast of Grand Pacific Glacier. The large volume of supralglacial debris makes the glacier appear as a rock face at a distant glance, but underneath the debris is an ice core.

In 1794 when Captain Vancouver first explored the area, Glacier Bay did not exist. This is because the Grand Pacific Glacier filled the entire area all the way to the mouth at Icy Straight. In 1879 when explored by John Muir, the Glacier had retreated 65 km's, exposing what would later be known as the Glacier Bay National Park in Alaska. This is the fasted recorded glaical retreat in modern history. This glacier is located in the far southeastern portion of the St. Elias Mountains. It is a low elevation transect glacier which shares a common divide with Melbern Glacier at 500m above sea level. This glacier is known to rapidly and erratically move across the Alaska - British Columbia border. At the turn of the 20th century the glacier was located within the bounds of the British Columbia border following a huge retreat up the Tarr Inlet. In 1925 it was situatied at its furthest position recorded within Canada. Around 1945 it began to move back towardsAlaska, extending 1km into American waters by 1966. Since then the ice front has been recored to vary but has shown a steady trend of retreat back towards British Columbia. It was recored to within 200m's of the Canadian border in 1985 but little information regarding the ice front is available since then.

Melbern Glacier
Sharing a common divide with Grand Pacific Glacier, Melbern Glacier has thinned 300-600m depending on the position and retreated roughly 15km since the turn of the century. About half of the retreat occurred from 1970 to 1987, creating one of the largest existing ice-damned lakes in North America. This lake has been recorded to possess floating ice-bergs of over 200m in diameter from satellite imagery.

Located west of Glacier Bay along the banks of the Tarr Inlet, Ferris Glacier is believed to be a surging glacier. It is one of the major tributary glaciers of Grand Pacific Glacier and its activity is known to effect fluctuations of the Grand Pacific ice front.