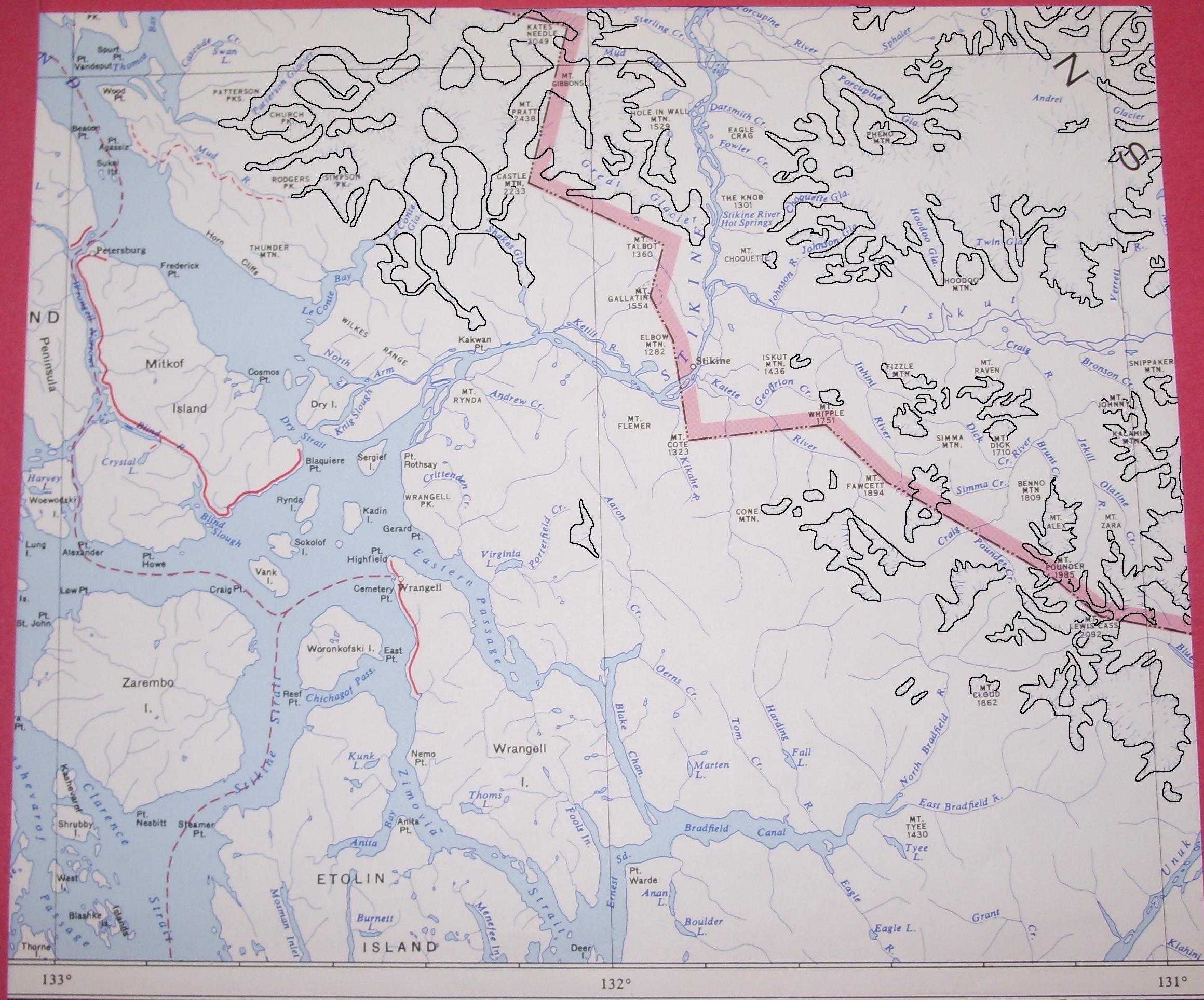 The following table details the name and locations of the officially named glaciers in this area.

The following is a list of glaciers with names appearing on the American side of the Canada/US border. 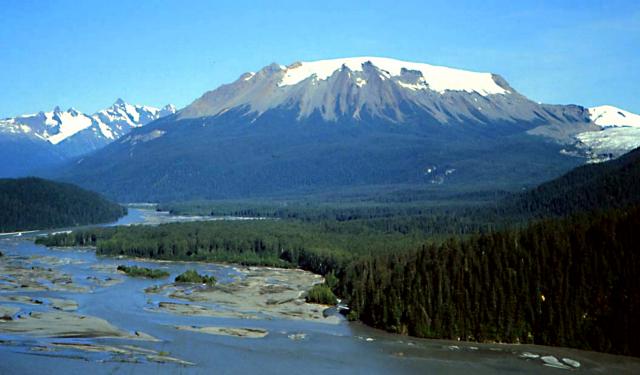 Hoodoo Mountain, as seen from the SE across the Iskut River in northwestern British Columbia, is a flat-topped stratovolcano. It has an ice cap 3 km in diameter and has had several periods of subglacial eruptions. Most of the volcanic deposits at Hoodoo Mountain are lava flows. The oldest eruptions of the volcano occurred about 100,000 years ago and the most recent eruptions about 9000 years ago. Hoodoo Mountain volcanic is one of the largest peralkaline volcanoes in the northern Cordilleran volcanic province.

Hoodoo Mountain is a flat-topped Pleistocene-to-Holocene volcano in the Boundary Ranges of NW British Columbia near the Alaska border that is composed of both subglacial and subaerial volcanic products. Valley glaciers surround the volcano on all except the south side, including Hoodoo Glacier. The Pleistocene Little Bear Mountain basaltic tuya adjoins Hoodoo Mountain on the immediate north. Most of the volcano formed beneath glacial ice; all flank flows appear to have originated from beneath the current 4-km-wide summit icecap. More than 90% of the volcano, which dates back to at least 100,000 years, consists of interlayered peralkaline phonolitic and trachytic lava flows and hyaloclastites. At least one subaerial explosive eruption produced a welded and unwelded ignimbrite sequence on the north side. The most recent stage of volcanic activity produced subaerial unglaciated lava flows with well-preserved lava channels that originated from summit and flank vents about 9000 years ago.
Global Volcanism Program (Global Volcanism Program)