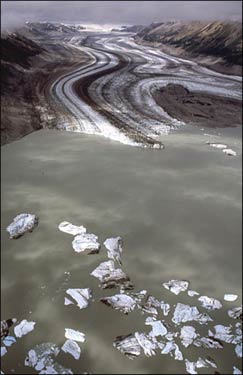 Figure 1: The receding Lowell Glacier produced Lowell Lake, into which icebergs are calved and dispersed into the lake water (Nahanni River Adventures, http, 2007). 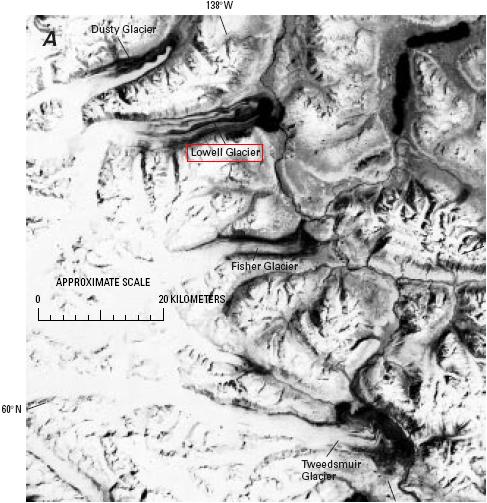 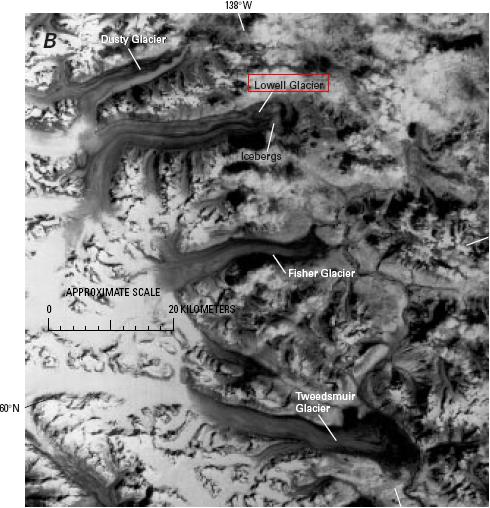 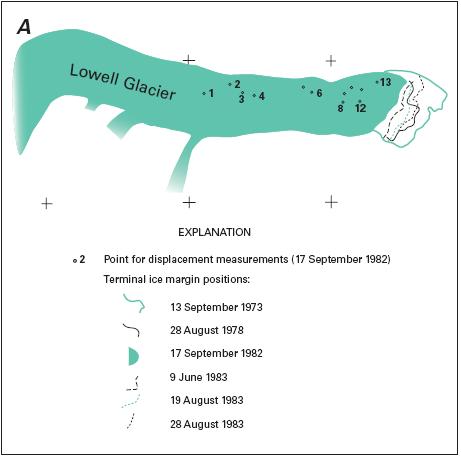 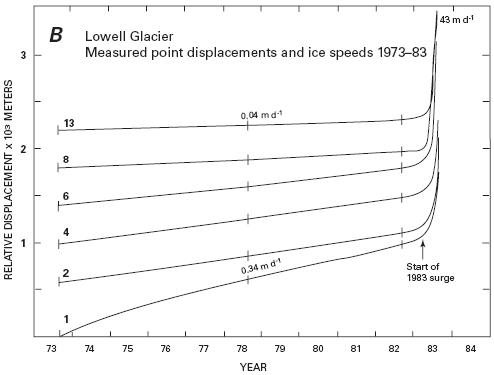 2. Is there any chance of a major flooding event occurring in the near future?