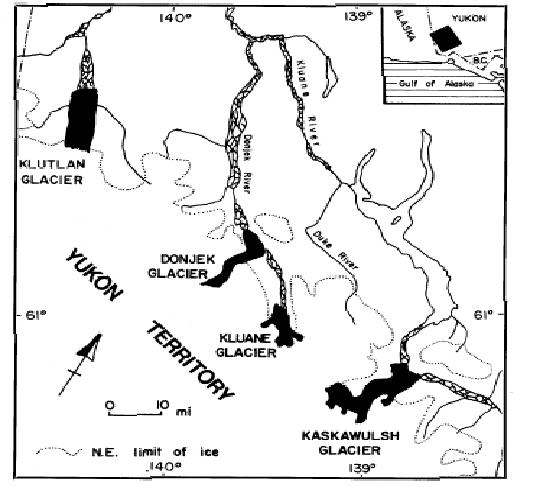 Length: The glacier is approximately 72 km measured from the base of Mount Bona, Alaska. Only the last 25 km of the glacier is located in the Yukon Territory where it meets with two important tributaries, the Neshan and Mount Wood Glacier (Clarke & Holdsworth, 2002).

Interesting Facts: In 1891, it was named by CW Hayes of the USGS.