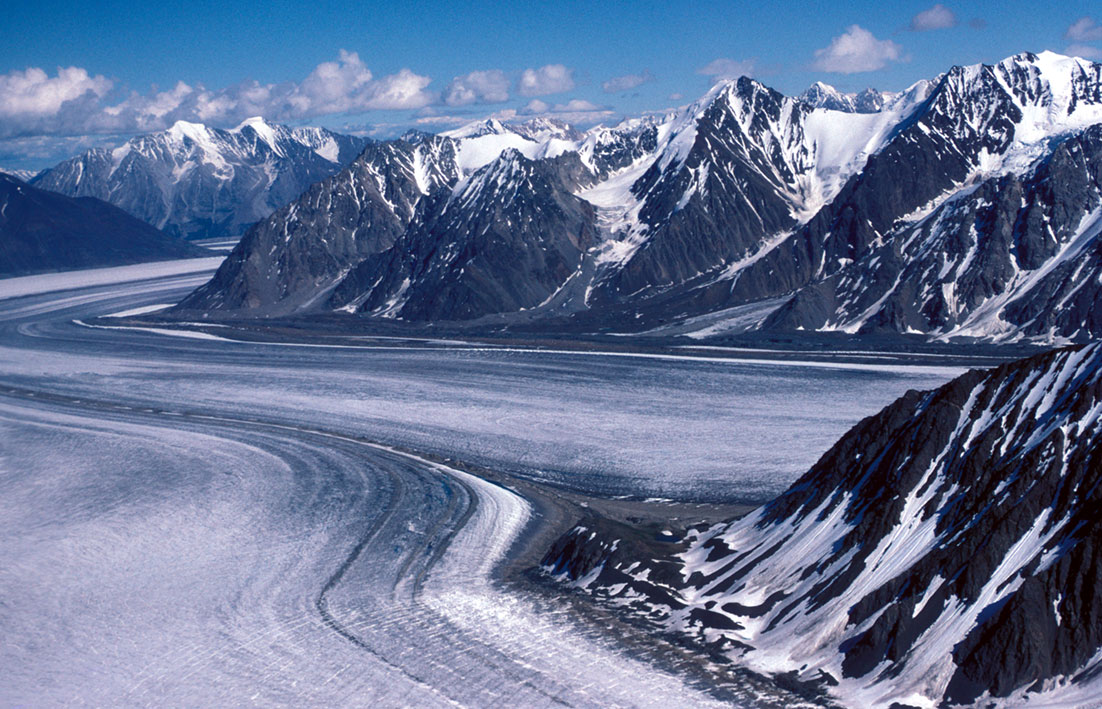 Location: The Kaskawulsh Glacier extends from the northeastern slope of the St. Elias Mountains in the Yukon Territory. Meltwater flows into the Pacific Ocean and the Alsek and Yukon River system in the north (Dewart, 1968). 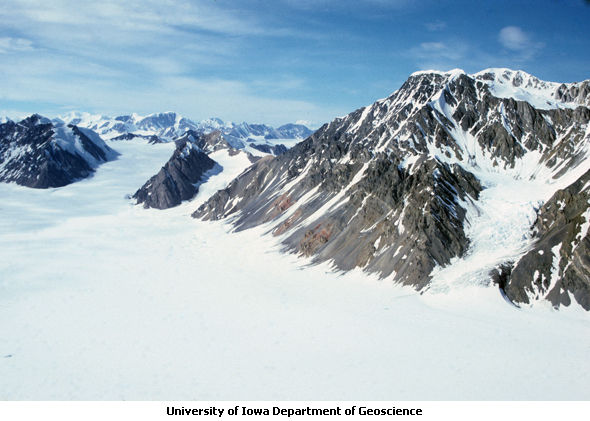 Glacier Behaviour:
The Kaskawulsh Glacier is retreating and this has and will continue to have an adverse effect on the water levels of the Kluane Lake (Johnson, 2007).

The Kluane Lake is the largest lake in the Yukon Territory, with its water extend for 70km and draining north into the Yukon River. The lake is considered one of the Yukon's "crown jewels" and preservation of the lakes beauty is important to the province. Today, approximately 80 percent of the meltwater from the Kaskawulsh Glacier flows northwards, through the Slims River and into Kluane Lake; the other 20 percent flows into the Kaskawulsh River and then flows east and south into the Alsek River, which drains into the Pacific Ocean. However, this pattern is slowly reversing every ten years, resulting in a drop in the water levels of the Kluane Lake (Johnson, 2007). 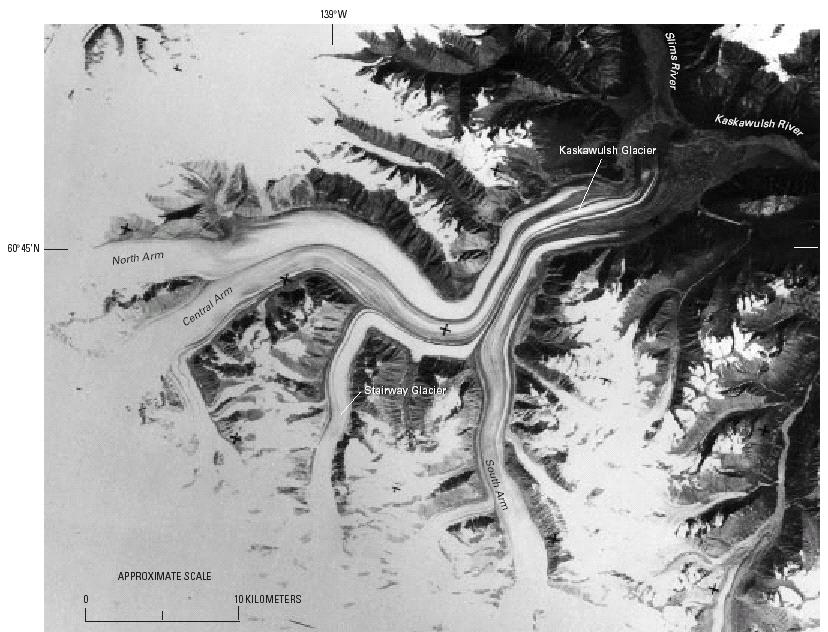 Glacier Characteristics:
The Kaskawulsh Glacier is the result of two converging outlet glaciers, the Central and North Arms.

The Central Arm is heavily crevassed with many small steep glaciers which feed the Arm from both sides (Dewart, 1968).

The North Arm receives many small glaciers from the north slope which separates it from the Central Arm (Dewart, 1968).

Type: The glacier moves outward from 2000-3000m in elevation from the St. Elias Mountains and separates into broad valley glaciers. Its' lowest elevation is at sea level where it becomes a coastal piedmont glacier. (Dewart, 1968)

Length: 350km from the Alsek River to the Chugach Mountains (Dewart, 1968)

Width: Central arm has a width of ~3.5km and the North arm is ~2km. Where the two arms converge to form the Kaskawulsh glacier, the width is 5-6km (Dewart, 1968)