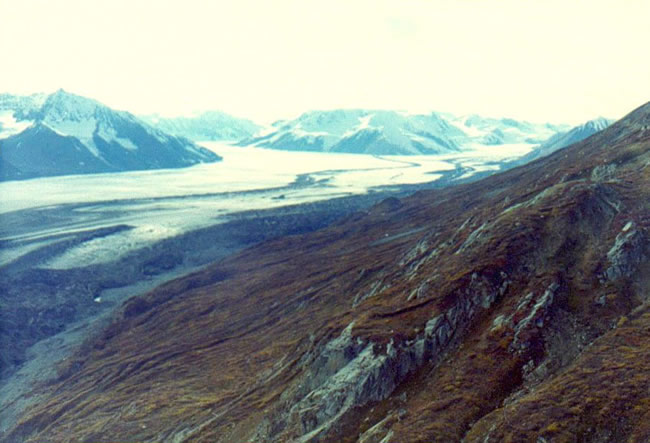 
Glacier Behaviour: Dusty Glacier has been classified as a surging glacier (Clarke & Holdsworth, 2002).

Glacier Characteristics: There is a distinct pattern of medial moraine loops visible. These loops are caused by dark supraglacial debris on the north side of the glacier, suggesting surges predominately originate from the north tributary (Clarke & Holdsworth, 2002).

Shearing can be seen from the glacier's main body to the top the neve basin. This has caused a highly twisted and irregular appearance on the glacier's surface, similar to other surging glaciers in the area (Miller, 1971). 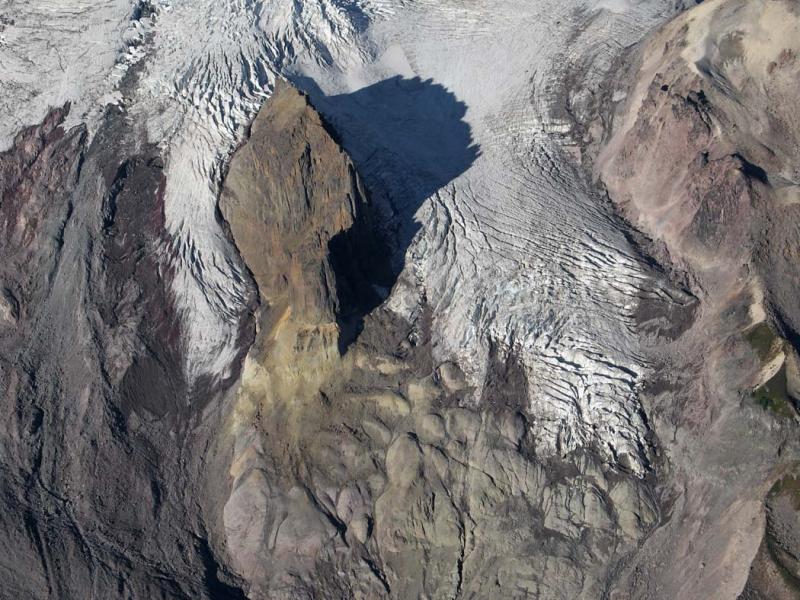 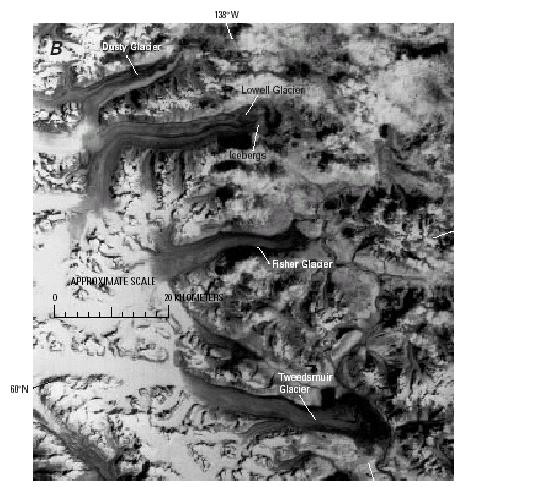