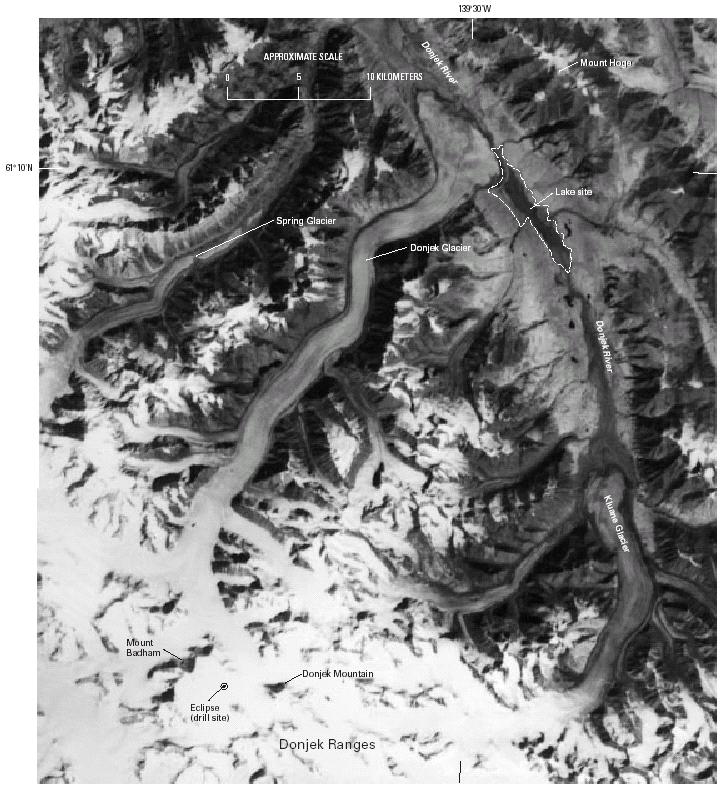 Donjek Glacier can be seen in the middle of this image feeding into the Donjek river and there is an outline of ancient glacial Lake Donjek. (Clarke & Holdsworth, 2002) 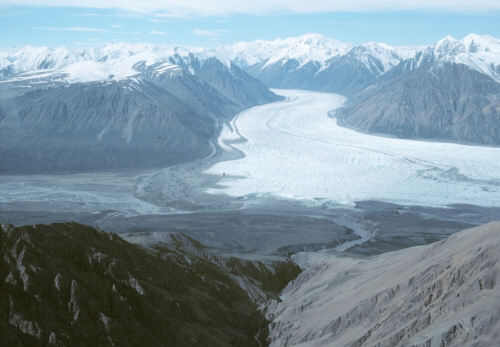 Terminus: The glacier expands as it flows into the Donjek River valley forming a piedmont lobe. Due to major glacial surges, this lobe has previously extended to the eastern edge of the Donjek range. These surges would dam the Donjek River creating a small lake in the valley. (Johnson, 1972)

Interesting Facts: In 1998 there was an outburst flood from the Donjek glacier. The water is believed to have been entirely subglacial in origin and as a result of the volume most of the Donjek River valley was covered with water (Claerout, 2005).

The lateral moraine on the southwest valley is approximately 200 feet in height (Johnson, 1972). 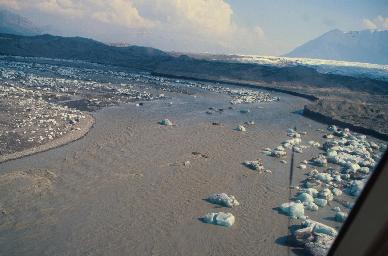