The Decade Glacier is representative of the cold glaciers that exist in the Arctic. It is 8.7 km2 in size, extends over an altitude of more than 1000m, and is a sub-polar glacier (Ostrem, Bridge and Rannie, 1967).

Accumulation: Results concluded that the highest accumulation was found in the upper part of the glacier, as well a very pronounced maximum was found on the lower part, which is unusual and probably a result of drifting. Average accumulation was 25cm (Ostrem et al. 1967).

Ablation: Figure 1 is an ablation map which reveals that ablation generally decreases with increasing elevation. There is heavy accumulation on the tongue of the glacier, and also large accumulation in the south-western part of the glacier. The average ablation was 21cm (Ostrem et al. 1967). 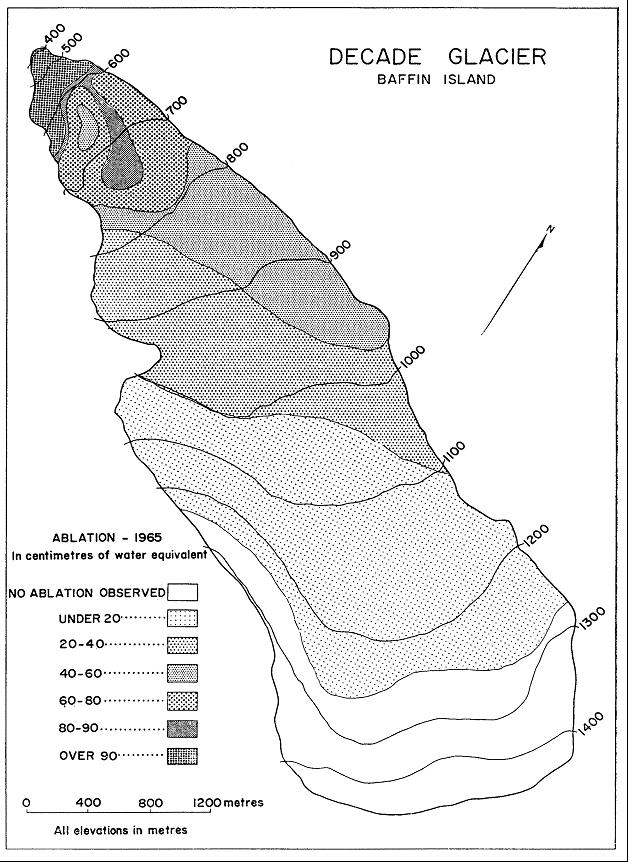