General Characteristics:
The Columbia Icefield is a mass of ice covering a high plateau between Mount Columbia and Mount Athabasca. It is located between Banff and Jasper Nationals Parks. The melt water nourishes North Saskatchewan, Columbia, Athabasca and Fraser river systems. The icefield contains approximately 30 glaciers and the largest are Saskatchewan and Athabasca. The Columbia Icefield is the largest accumulation of snow and ice (depth of 365m) in the Rocky Mountains (Marsh, 2007). 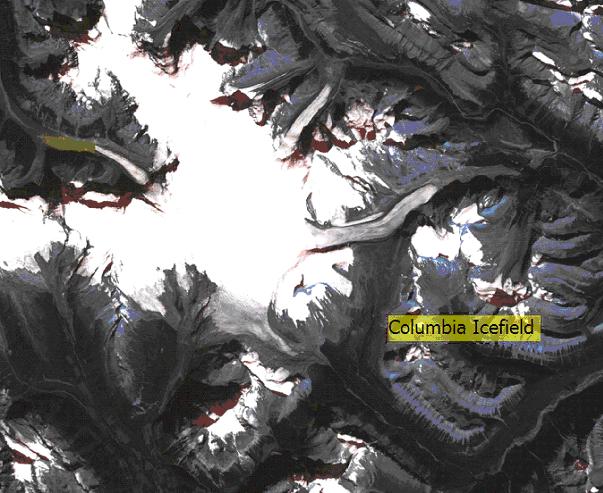