General Characteristics:
Columbia Glacier is a major outlet glacier flowing from the northwest section of the icefield. It drains from the western slopes of Snow Dome and eastern slopes of Mount Columbia. The glacier drops rapidly from the plateau area over a major ice fall thus creating very well-defined ogives (Ommanney, 2002).

Mass Balance:
The glacier is not surveyed regularly, so it is not known if it is advancing (Ommanney, 2002). 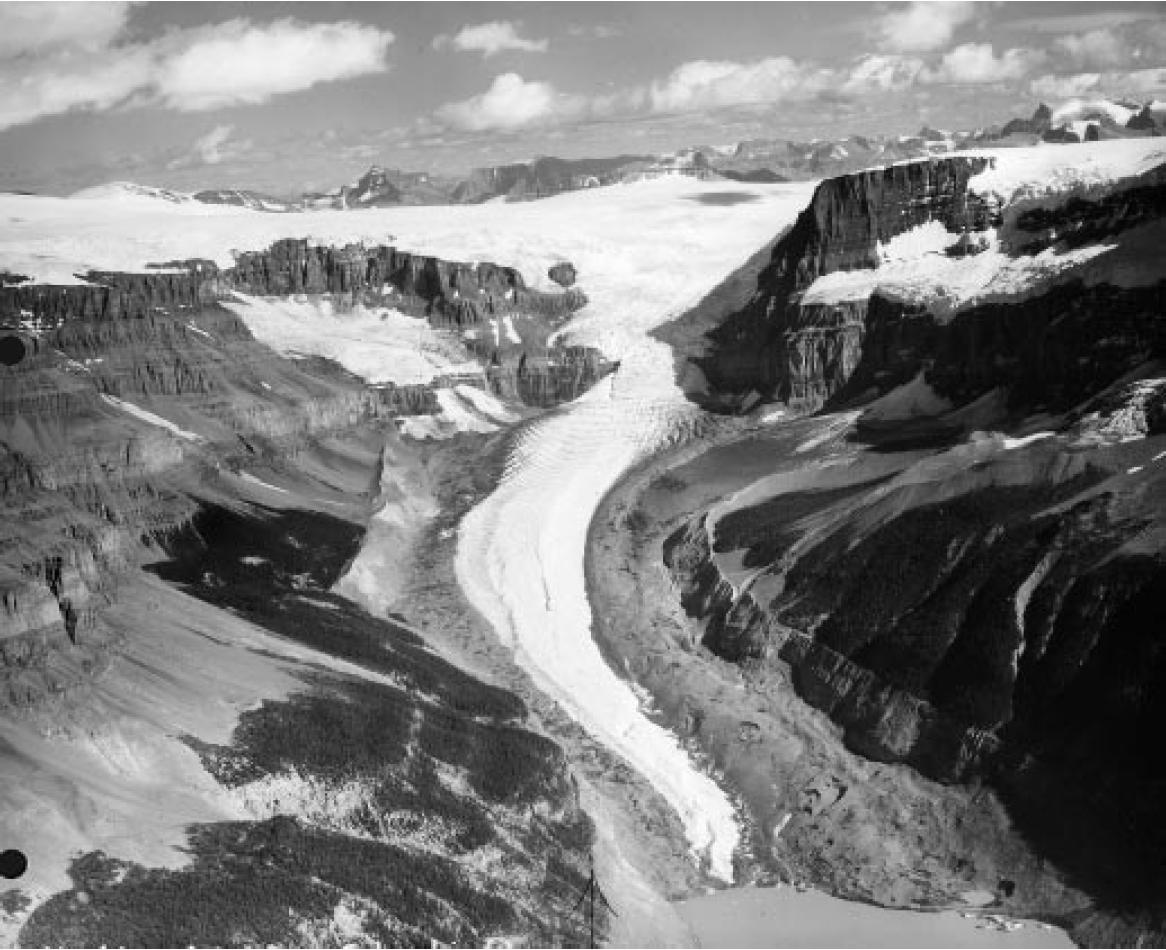