"Axel Heiberg Island is a forgotten place.
It has no national parks like its famous neighbour Ellesmere,
nor do North Pole explorers, past or present,
start their treks from its northern shores"
(CAH, 2007) 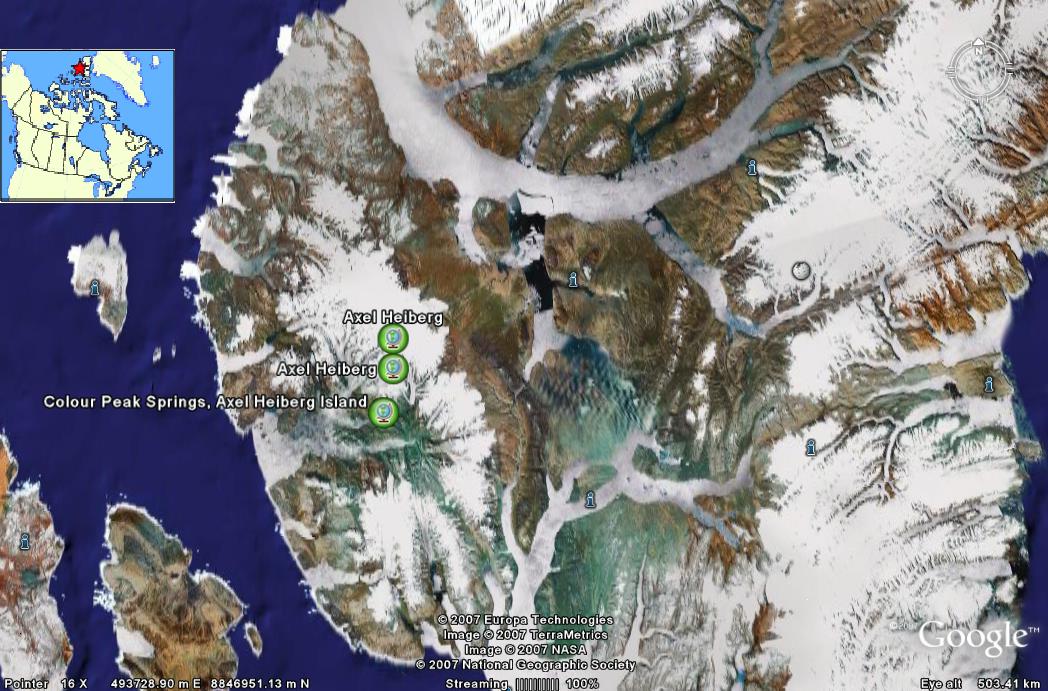 Axel Heiberg Island is an island in the northern part of Canada, just west of Ellesmere Island. There are fifteen fiords and five bays by the coastlines. The island has a rugged topography, with two main ice-capped mountains dominating the landscape. One of these is the Mueller Icecap, while the other is Steacie Icecap (University of Guelph, 2007).

Note the difference between an Ice Cap and a Glacier: "An ice cap is a large mass of ice that originates on land by compaction and recrystallization of snow. Ice caps flow outwards in several directions and submerge most or all features of underlying land. An ice mass constrained by bedrock to flow in one direction, usually along a valley, is called a glacier. This distinction is not sharp; for example, an ice cap surrounded by mountains may be drained by a series of valley glaciers" (Canadian Encyclopedia, 2007).

Glaciers
Axel Heiberg Island has 1, 121 Glaciers, many of which are unnamed, and several large ice caps (Natural Resources Canada, 2005). In the last 50 years, there has been noted change in the amount of ice coverage on Axel Heiberg Island. Table 1 below notes the change in ice covered areas between 1959-1999. 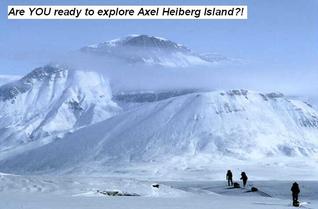