Location:
Yukon Territory is situated in the northwest corner in Canada and borders along Alaska (WorldAtlas.com). 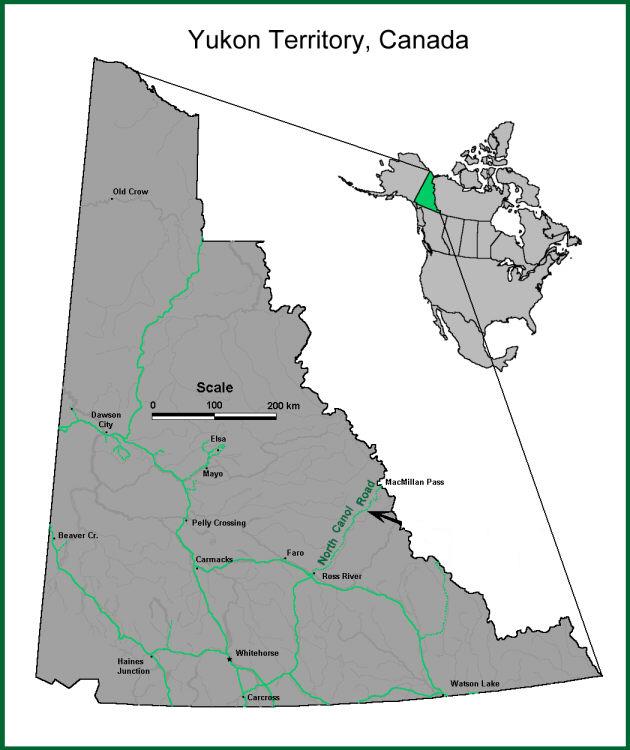 Click here for an interactive map of the Yukon. (Yukon Geologic Survey - http://www.geology.gov.yk.ca) 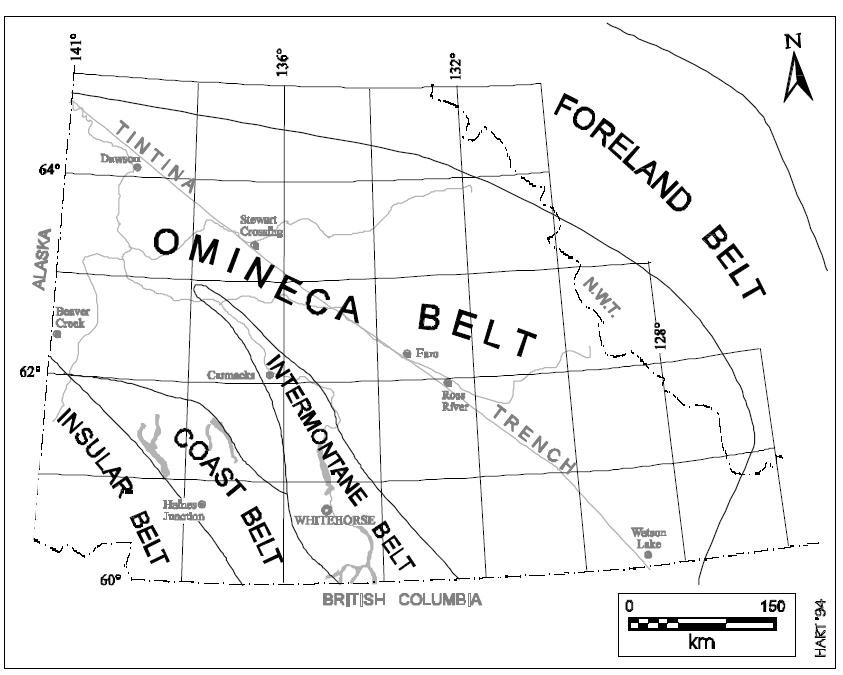 The location of the five belts in Yukon Territory (Indian and Northern Affairs Canada).


The Insular Belt is located in the Kluane National Park and Reserve of Canada area, where the glaciers are located. The Insular Belt is composed of rocky, high, and large mountains that are comprised of sedimentary and volcanic rocks from oceanic origin. During the last 15 million years, the majority of the belt has been uplifted by tectonic activity. The rate of movement has been approximately 3 cm/yr. Yukon’s current topography is due to rapid uplift and many periods of extensive glaciations over the past 1.6 million years (Indian and Northern Affairs Canada).

The Coast Belt is composed of granitic rocks, which are resistant to weathering due to the high silica content. The Coast Belt has high-relief, rugged, steep-sided mountains. Similar to the Insular Belt, the Coast Belt has been subjected to tectonic uplifting around 50 million years ago. There have been numerous glacial events that have modified the topography, along with excessive precipitation resulting in gully erosion and steep mountain sides. The Coast Belt topography has been modified by numerous glacial events, and more recently by excessive precipitation causing intensive gully erosion, which has resulted in steepened mountain sides (Indian and Northern Affairs Canada). 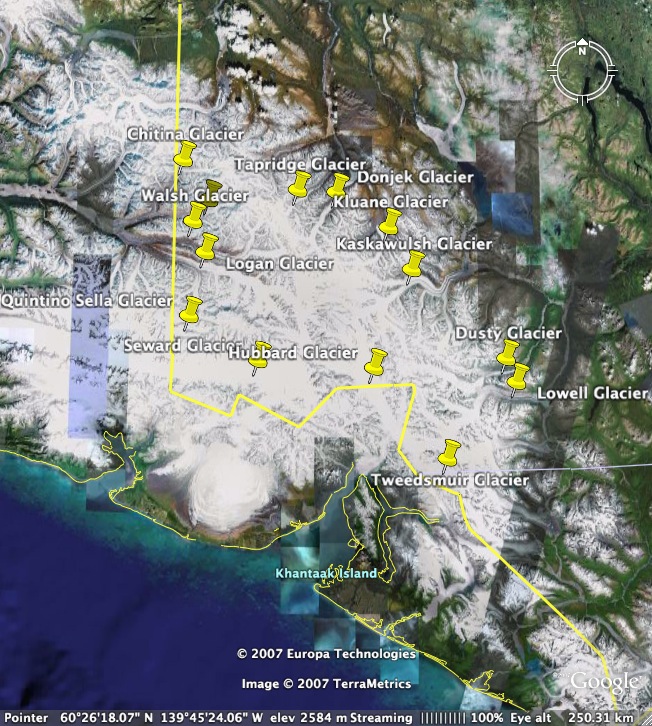 Geological Survey of Canada, 2003. The Atlas of Canada. http://atlas.nrcan.gc.ca/site/english/maps/freshwater/
distribution/glaciers. Accessed on March 21, 2007.