The following is an excerpt from a historical journal that retells parts of the story of the first journeys to Ellesmere Island, and gives a brief glimpse into the first explorations and namings of landmarks on this vast island. The journal article is titled "South-East Ellesmere Island" and is provided by John Wright The Geographical Journal, Vol. 95, No. 4 (Apr., 1940), pp. 278-291 doi:10.2307/1788464. 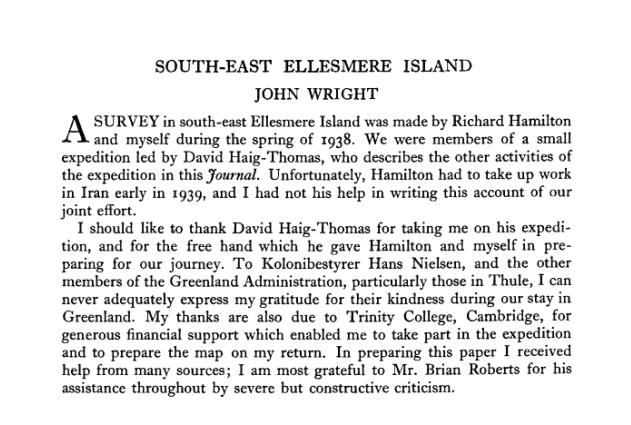 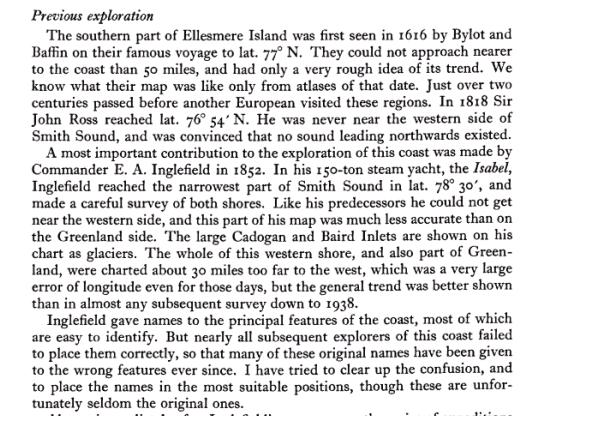 Additional Research Conducted on Ellesmere:
In the 1950's, the Canadian Defence Research Board began scientific work on the ice caps and glaciers found in the Canadian High Arctic. Initially, they were conducting research on the Ward Hunt Ice shelf in northern Ellesmere Island in the early 1950's. Later on, in the 1960's and 70's, various other research programs were established on other locations on Ellesmere Island (including an ice piedmont near Cape Herschel, Leffert Glacier).

Between 1964 and 1987, the Polar Continental Shelf Project (PCSP) conducted a climate-change and ice-physics program. In this study, surface-to-bedrock cores were drilled on several ice caps (including the Agassiz Ice Cap). In 1987, they transferred all the resources to the Geological Survey of Canada (GSC), and since then have drilled several more cores (including additional cores of the Agassiz Ice Cap). GSC continues to monitor the mass balance of several ice caps, including Agassiz.

Finally, in 1994, a new program was established at the University of Alberta to study the John Evans Glacier.
(Koerner, 2002)

Done Here??
Click To Learn About Climate of Ellesmere!