General Characteristics:
Bow Glacier flows northeast for 3km and descends steeply from about 2600m asl. The terminus rests at just over 2300m asl. The terminus rested at approximately 8000ft elevation (Heusser, 1956). The lower part of the glacier is heavily crevassed where the ice flows out of the icefield over a series of ridges (Ommanney, 2002). The discharge from Bow Glaciers drains into Bow Lake. The glacier was first visited in 1897 when the ice extended below the base of the cliff. The terminus remained there until 1922 before retreating above the base of the cliff by 1933 (Ommanney, 2002). 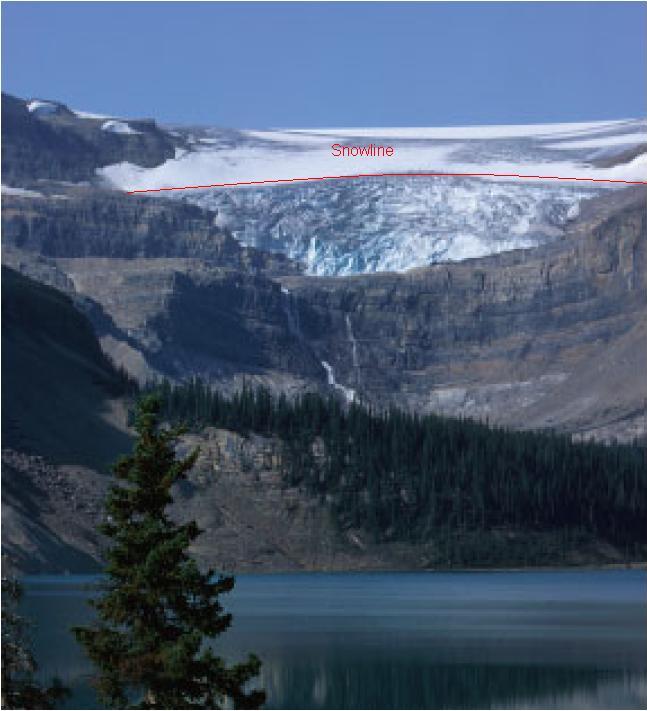