General Characteristics:
Bow Range is the focal point of most tourist visits to Banff National Park. It is approximately 21km long 19km wide and contains peaks that are almost the highest in the region (Ommanney, 2002). Glaciers occur on both sides of the range and include debris-covered and rock-glacier forms. 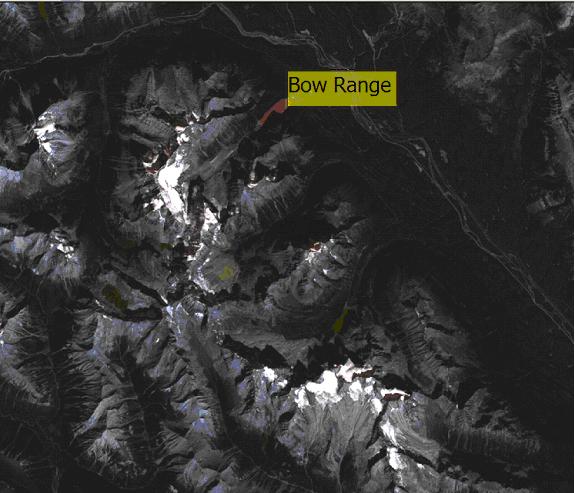 
Analysis of the Bow Range will provide information on the following glaciers:
Horseshoe
Victoria
Wenkchemna