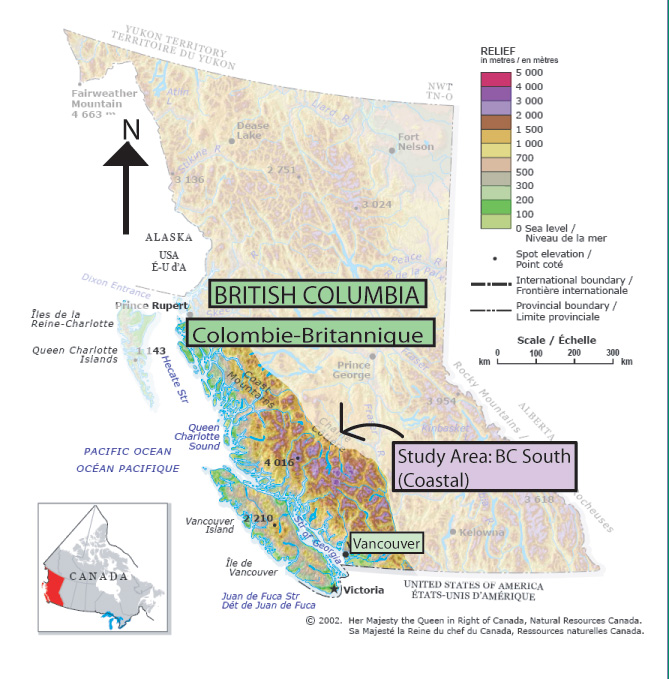 The B.C. Coast South region extends along the Pacific coast of British Columbia from the B.C. -U.S.A border to Prince Rupert, B.C. in the north. The region encompasses much of the coastal mountain range and also includes Vancouver Island. There are 1000s of glaciers located within the B.C. Coast South region. Below is a map showing the names and locations of many of the present day glaciers.