The Athabasca Glacier is considered one of the primary destinations for tourists visiting Banff and Jasper National Parks. Situated 1km away from the Icefield Parkway, it is considered the most visited glacier in Canada (Ommanney, 2002).

General Description:
The 6.5-km-long glacier leaves the ice field at 2,800 m. It descends in a series of three ice falls as it passes over successive rock thresholds and continues as a gentle 1-km-wide tongue with a slope of 3–7° to its terminus at 1,925 m asl. It cuts through the axis of a gentle anticline and is flanked by walls of limestone, dolostone, and shale (Ommanney,2002). Crevasses are well developed in the lower two ice falls and extend almost across the entire width of the glacier. Kucera (1987) measured 15 of the largest crevasses and found them to be no deeper than 36 m. Part of the glacier front is formed by moraine-covered ice that continues up valley, forming about two-fifths of the glacier along the northwest side.

Athabasca glacier's retreating terminus has been well recorded over many years which can be seen in Figures 1-3 and Table 1. 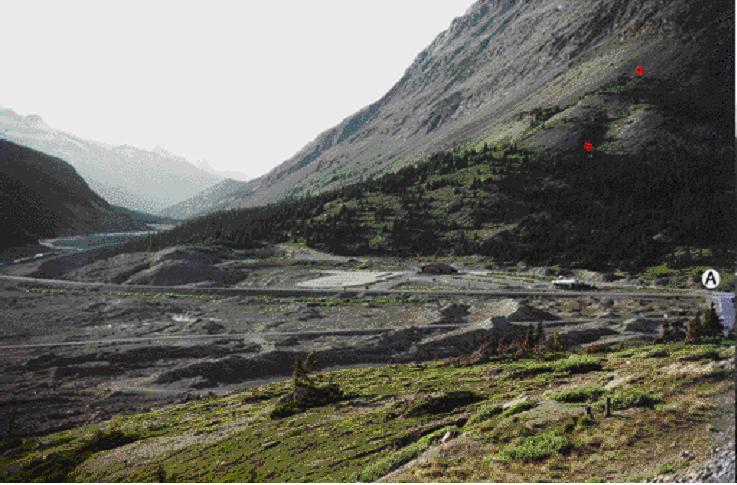